« Back to Woodlands News
Pro Soccer Player Nichelle Prince is coming to JC Sports Woodlands to offer a free soccer clinic and share her experiences as a pro-soccer player for the Houston Dash and the International Canadian Team. 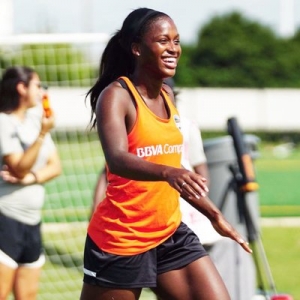 *This is a Free Event, but you must register to participate in activities.*
About Nichelle:
Nichelle Patrice Prince is a Canadian soccer player who currently plays for the Houston Dash of the National Women’s Soccer League and the Canadian national team.
A speedy player, Prince has scored four goals for the Dash. The forward was selected as the No. 28 overall pick in the 2017 NWSL College Draft. Prince is set to make her first World Cup appearance in the 2019 FIFA World Cup with CanWNT.

2019 SEASON (HOUSTON DASH):
Played 74 minutes of season opener against RFC
Scored the first goal of the season for the Dash against RFC
Departed for the 2019 FIFA Women’s World Cup after the win against Orlando on May 5
2017 SEASON (HOUSTON DASH):
Scored her first goal of the season in Houston’s 3-2 victory over Sky Blue FC on 5/5
Scored three goals during her rookie season in 2017
Made her Dash debut at Seattle in 5-1 loss on 4/22/17
COLLEGE (OHIO STATE):
Scored 27 goals and tallied 20 assists in 72 games for the Buckeyes
INTERNATIONAL:
Won a bronze medal at the 2016 Rio Olympic Games
Won the 2016 Algarve Cup with the Canadian National Team, its first Algarve Cup victory
Scored six goals and tallied four assists in 21 appearances for the Canadian Women’s National Team
***YOU MUST REGISTER FOR THIS EVENT!! NO DROP INS***

About JC Sports in The Woodlands, Conroe, Spring and Willis
JC Sports is a Toddler and Youth Indoor Sports center. We offer age appropriate sports programs for children 24 months and up. Our ultimate goal is to “develop well rounded creative players” by offering unique curriculums and development programs that place the child at the center of the game. The child will build motor skills, self-confidence and sports technique while having fun through interactive games and drills. 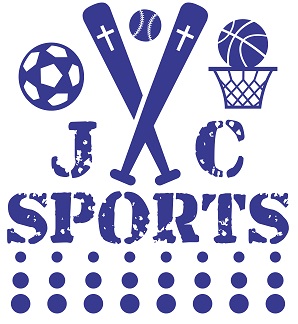 « Back to Woodlands News & Highlights