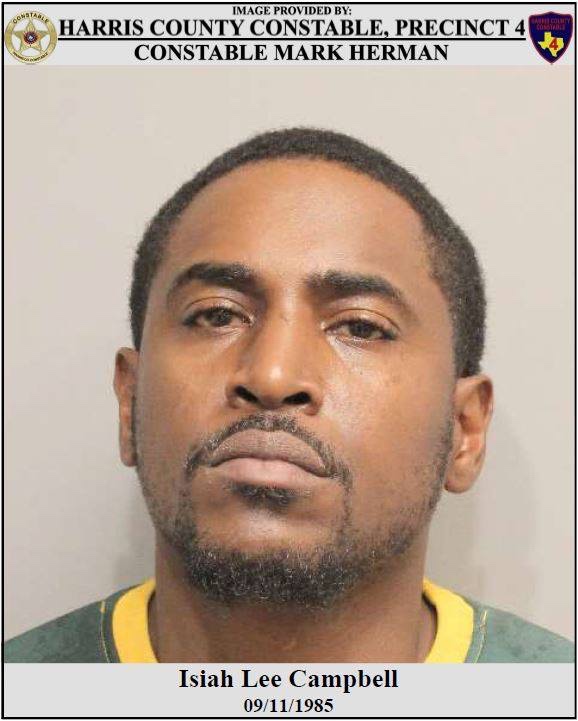 According to reports from PCT 4, on June 6, 2019, a deputy with Constable Mark Herman's Office while conducting traffic enforcement in the 17700 block of the North Freeway, received notification of a stolen vehicle traveling north on IH-45. Deputy stopped the vehicle in the 3000 block of the Woodlands Parkway, the occupants were detained and the driver was identified as Isiah Lee Campbell.The defendant, who is a convicted felon, was also found to be unlawfully in possession of a firearm while driving a stolen vehicle.Constables were also able to determine one of the occupants was a reported female runaway from Louisiana. Constable took possession on the female juvenile and related her into the custody of Child Protective Services."Isiah Lee Campbell was arrested, charged with Unauthorized Use of a Motor Vehicle and Unlawful Possession of a Firearm. He was booked into the Harris County Jail and his bond and court have not been set." - Constable Mark Herman.www.facebook.com/Pre cinct4/
Reply
What are your thoughts? Log in or sign up to comment Log in » Sign up »