~ 11 mos ago   Aug 16 2019, 3:23pm
UPDATE: The suspect in the Wal-Mart groping incidents has been identified as 28-year-old Ryan Reding of Baytown.During the investigation, Detectives learned that Reding could possibly be working offshore in Port Aransas supplying oil rigs with supplies. On August 20, 2019, with the assistance of the United States Coast Guard, Reding was located and detained. Reding was transported back to shore where he was released to Cameron County Sheriff’s Office who arrested him on the charge of indecency with a child. Reding was booked into the Cameron County Jail where he will remain until transported back to Montgomery County. 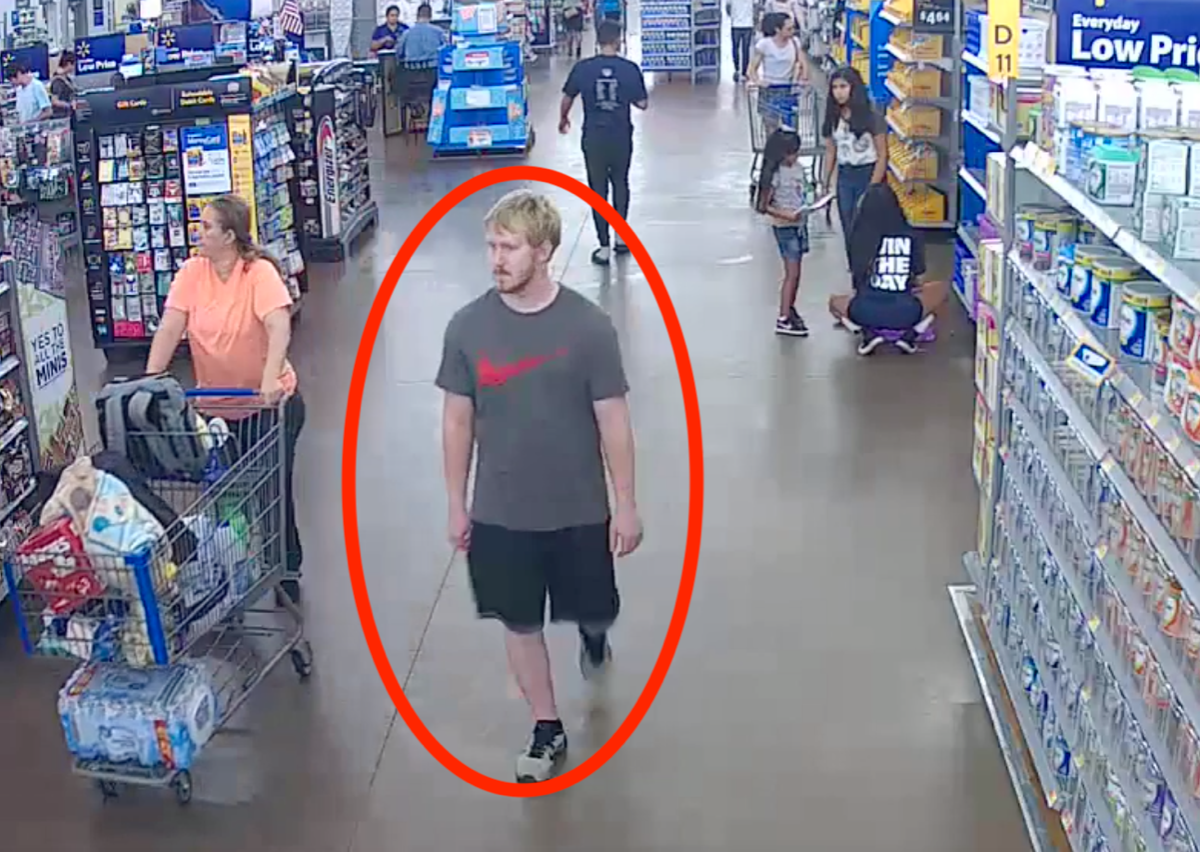 www.facebook.com/MCT XSheriff/Investigators with the Montgomery County Sheriff's Office are looking for the public's help identifying a male suspect who inappropriately touched juvenile females at two area Walmarts. According to reports from MCSO, on August 14, 2019, at about 7:48 pm, the pictured suspect entered Wal-Mart located at 1025 Sawdust Road, in Spring. Once inside the store, the suspect inappropriately groped a juvenile female at the greeting card section.Then, at about 8:55 pm the same evening, the suspect is seen walking into the Wal-Mart located at 10001 Woodlands Pkwy...Where he again inappropriately gropes a juvenile female who was getting school supplies. The suspect left the store prior to law enforcement arrival. The suspect was last seen wearing a grey shirt and black shorts and was possibly driving a small red four door passenger car.If you recognize this suspect or know anything about this crime, please contact the Montgomery County Sheriff's Office 936-760-5800 or Crime Stoppers 1-800-392-STOP (7867) and refer to case# 19A262266.
Reply
What are your thoughts? Log in or sign up to comment Log in » Sign up »

~ 11 mos ago   Aug 17 2019, 7:28am
Why would someone do this? Crazy people!
@cabeuser : The perverts are everywhere, scouts, baseball coaches, teachers, preachers ..... enough of that lets try to point out where they aren't!
Reply

~ 11 mos ago   Aug 17 2019, 7:51am
50 years ago I coached a few little league teams and only a few parents would show up for practices. I would not volunteer my time in today's world if they paid me! Just imagine if you did not play a youngster and he told his parents a false story about you?
Reply

~ 11 mos ago   Aug 17 2019, 8:55am
@DEEDEE8 : I don't mind my 16 year old going to the mall, or other shopping by themselves. They are at that stage they don't want to be seen with their parents.
There are just a lot of disrespectful people out there.
Why does the public always point out the parents of the victims and not the parents of the wrong doer?
Reply

~ 11 mos ago   Aug 17 2019, 9:13am
*Edited
@Strofan : You are right and teenagers have to have some freedoms to learn how to be on their own, but sometimes small children are not supervised well you have to admit. And even the parents of that young adult are not entirely to blame. Some people are just bad or sick no matter how well they are raised and some rise above being raised badly. There is no perfect answer.
Reply

~ 11 mos ago   Aug 21 2019, 6:15am
Good news. He has been caught. "Ryan Daniel Reding, 28, an off-shore worker, is being charged with indecency with a child. Reding is currently being held at the Cameron County Jail, awaiting transport to the Montgomery County Jail. Reding was apprehended with the help of the U.S. Coast Guard while he was working off shore in Port Aransas, according to the Montgomery County Sheriff's Office."www.chron.com/neighb orhood/moco/news/art icle/Baytown-man-cha rged-with-gropi
Reply