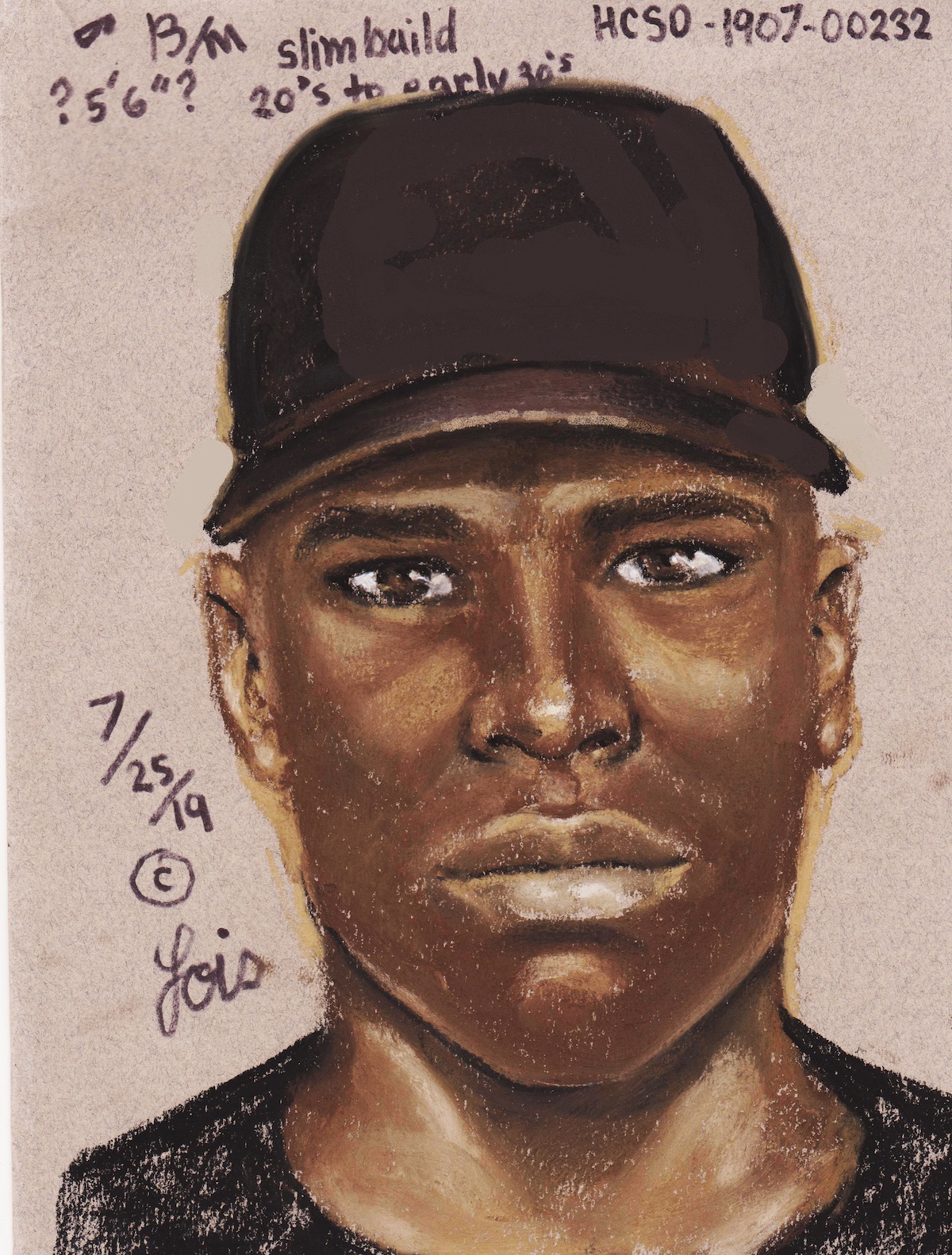 Harris County Sheriff's Office investigators have released the sketch of a possible suspect in the July 2 shooting death of 2-year-old Ivory West. Read original story at www.springtx.com/mes sage_board/view_mess age.php?parent_messa ge_id=1269734&fIvory was outside his family's apartment with his father and another man in the 2900 block of Trailing Vine in Spring when the unknown suspect and another person approached on foot with the intent to rob them. During the course of the robbery, the suspect fired a weapon, striking Ivory and his father. Ivory died from his wound.The suspect is described as a slim-built black man in his 20's to early 30's. He may be about 5 feet, 6 inches tall. Anyone with information on this possible capital murder suspect is urged to call 713-274-9226. Crime Stoppers of Houston (713-222-TIPS) is offering a potential $5,000 reward to anyone who provides information leading to an arrest in this case. Callers may remain anonymous.[Ivory West]